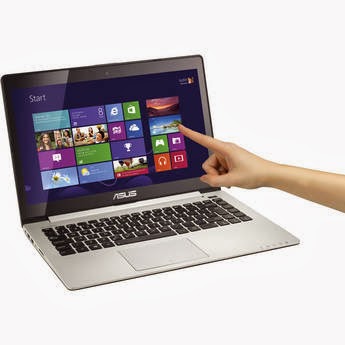 I mostly love my Asus Vivobook X202E DH31t.  It's almost an ultrabook, for a netbook price.  There are just a few things that bother me about it.  Perhaps I can fix some of them...
Things I really like about it:


Things that are kind of a bummer:

I'd like to take a moment to talk about the screen flicker.  Essentially the entire screen starts to jump to the left and back, rapidly.  It makes me a little sick to my stomach if I try to work around it.  Rebooting seems to resolve the screen flicker issue temporarily.  It's worth noting that this only happens when it is booted into Windows.  It doesn't happen in Linux (I am running dual boot with Ubuntu), so we can rule out any hardware issue.  I have Googled a lot for answers but haven't really found anyone else reporting this screen flicker problem.  Perhaps it is a program I have loaded since I got the machine, but as I recall it happened pretty early on.  I'll post updates if I make an progress on this.
Posted by Scott McGrath at 10:33 AM