Read this if your DJI Spark is "Hopping" (erratic behavior) 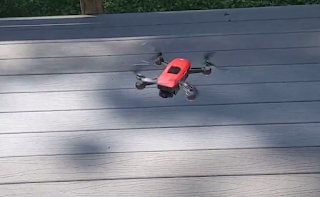