As some may already be aware, my lineup of musical endeavors has changed a little over the last few months. As of November 2010, I am no longer with 80's & 90's group Shakedown (I wish them all the best!)

I have branched out into a variety of other music projects. You can catch my performances with the following groups:

PornFunk - Indie rock band from Randolph, VT
www.pornfunk.com
Longford Row - Traditional Irish Music
www.longfordrow.com
November Guest - Indie rock band from Randolph, VT
www.novemberguest.com
If you follow me on Facebook or Twitter, you will be able to stay apprised of all of my upcoming performance dates.
To start with, I'll be performing at Ri Ra's (Burlington, VT) on New Year's Eve (12/31/2010) from 5-8pm, for First Night. If you stop by that evening, you can catch me playing upright bass with Irish band Longford Row.
Cheers!
Posted by Scott McGrath at 1:44 PM No comments:

Email ThisBlogThis!Share to TwitterShare to FacebookShare to Pinterest
Labels: Musician 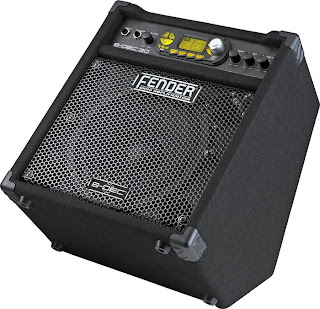 Today I'm going to review my Fender B-Dec 30. This assumes you've already perused the product literature and are already familiar with the features listed. If not, you can check it out on the Fender website. It's a small bass guitar amp, designed mainly for practice, but packed with features. I bought it new for around $350. I've owned it for a little over 2 years now, and have used it quite a bit for:

Read more »
Posted by Scott McGrath at 6:09 PM No comments: